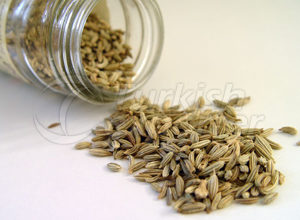 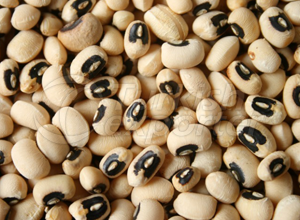 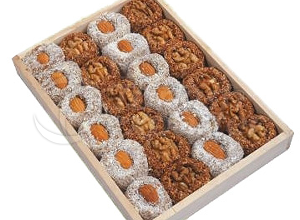 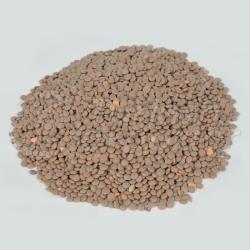 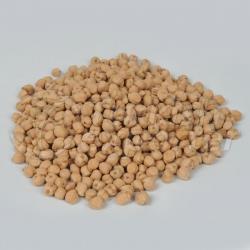 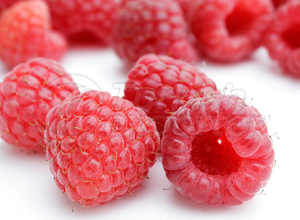 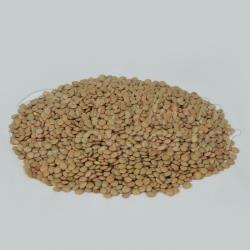 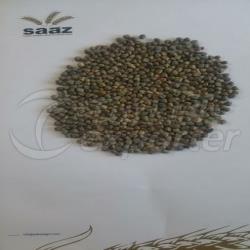 Ersin Tarim Urunleri Tic. San. Ve Ihr. Ltd. Sti., one of the most important and experienced company which was established in 1988, has been in pulses sector since 1967. Since its inception, Ersin Tarim is one of the most important manufacturer companies in pulses sector. Our company is located in Mersin, Turkey which is one of the most important logisctical stations of the world. Ersin Tarim facilities are located 5 kilometers away from the Port of Mersin which is Turkey's largest port for the export of agricultural and food products. The warehouses are located in a 10,000 square meters, are also available 10,000 metric tons of horizontal storage capacity. Ersin Tarim is also equipped with modern and high-tech cleaning, peeling, sifting, splitting, and electronic colour sorting facilities with a processing capacity of 100.000 metric tons per year. Our location provides logistical advantages in sea and land connections for the shipment of products to the global markets like Middle East, Gulf Countries, North Africa, Asia, Europe, America, and Far East.
Goze Agricultural Products based on Fettahoglu Group of Companies which was founded in 1953, has started its activities in 20th century and maintains its force to the 21st century. With “From Nature to Plate” motto, Goze Agricultural Products provides healthy food by managing all processes effectively and safely from manufacturer to the consumer. With being a family company, Goze Agricultural Products who has never compromised from its honesty, thinks that the biggest capital is a human being since it is established. So, Goze has brought trust and traditional trade that invests on human to the present. By taking its place in the global economy, Goze Agricultural Products is one of the leading companies in pulses and rice industry. With its corporate structure and principles of trust, truth and rationality Goze keeps moving upwards in its industry. As a proof of its achievements, in 2007 Goze Agricultural Products got in to “ISO Second 500 Biggest Industrial Corporation” list for the first time. In 2012, company put its name in to “ISO First 500 Biggest Industrial Corporation” list and since then its position is rising.
We are producing the most delicious and qualified chickpeas in Turkey. **The most delicious and highest quality, because;** We are actually **chickpea seed** producers. We produce the best seeds and give them our farmers for planting. We process and package their products. In this way we can produce higher quality **chickpea for food** more than companies which are collecting and putting together lots of type and variable qualities of chickpeas. As a result we have high quality and delicious; **1. Chickpeas for food,** **2. Chickpea seeds,** We are ready for exporting in reasonable conditions.
Our Company was established in August 2007 by CEO Mohammed Zakir KHAN in the city of Mevlânâ Celâleddîn-i Rûmî in Konya. Our company's main mission is; food, pulses, oilseeds, animal feed and spices a
ATESLER was laid in 1978 under the name of ATESLER. ATESLER Petrol (Oil Company) went into operation in 1991, and opened its second branch in 2004. Ali ATES, one of the company partners, founded the sibling firm ATESLER Bakliyat (Legumes Company), and commenced the legume and grain screening and packaging activities on a 3500-squaremeter covered area in 2006. This plant, located in the centrum of Tarsus, has been feeling the enthusiasm of being the first in the legume and grain screening and packaging activities in Tarsus, and of bringing such plant to the county. Although ATESLER Bakliyat is a young company, it has reached the position to compete with the major legumes firms from production to sales under the ISO conditions. The fundamental philosophy of ATESLER Bakliyat is "Quality, first and always...". All the technological developments in production and equipment pool have been followed closely in order to realize a quality production, and maintain such production without compromising its sense of quality in anyway. ATESLER Bakliyat has not only been investing in the cutting-edge technology, but has also been carrying out the continuous replacement and modernization works to accommodate to changing domestic and foreign market conditions. Making use of its knowledge and experience, Atesler Bakliyat has also been maintaining its organic farming practices as one the leading Turkish companies in this field. And We are supplying 30-35% popcorn grain demand of TURKEY and exporting to Middle east,Arab,European union and Asia countries As ATESLER POPCORN Brand. We are Popcorn Hybrid seeds distributor In Turkey and Ukraine.
BRCN Trade and Company Ltd. is a trade company based in Istanbul, Turkey and has a branch office located in the in the Free Zone and Free Port Area of Famagusta, Turkish Republic of Northern Cyprus. The history of the company dates way back to the export-import business launched by our founding family elders. Our business activities formerly involved import and distribution to local markets. As a result of company growth, we initially opened up to markets in Africa and then to other markets abroad to take a former state today. With an objective of “exporting a wide range of products”, BRCN Trade & Co. Ltd. has been focusing on direct international trade since March 2013. Today, BRCN Trade & Co. Ltd. conducts business with numerous countries in Africa, the Middle East and Europe. The main working areas of BRCN Trade & Co. Ltd. are food and beverages. With our contracted local and international factories, we are able to manufacture goods under our trademark or if preferred, under the trademark of our client. In addition to the working areas of food and beverages, our company has been highly involved in the trade of pharmaceuticals since 1991. Through strategic partnerships, high level production and elevated service standards achieved as a direct result of restructuring, the company now aims to increase its business areas and deliver products manufactured both in North Cyprus and Turkey to the rest of the world.